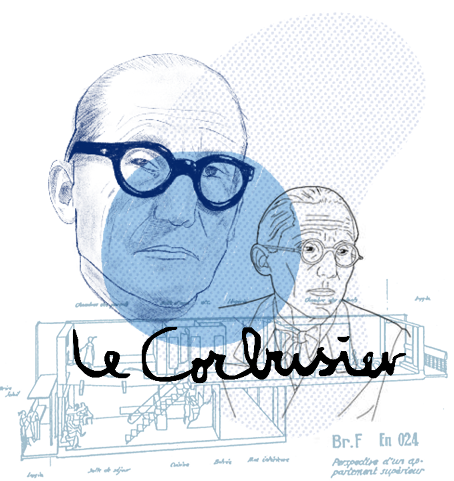 Le Corbusier’s strength lies in his desire to make his dream of utopia a reality. Aware of his weaknesses, he was able to surround himself with the best partners to help him realize his dream.

With his architect cousin Pierre Jeanneret, he built a number of luxury villas called “maisons blanches” or the white houses.

Charlotte Perrriand, architect and designer worked with him on the creative aspect of his designs. She is at the origin of many designs for chairs and armchairs signed by Le Corbusier. She is also involved in the design of many interior fittings of the Unité d’Habitation such as the sliding door in the children’s room and the kitchen. The design of the latter allows access to all your cooking tools by simply rotating in space.

By putting ourselves in the context of the time, we quote Charlotte Perriand: “the housewife is the center of the home and should not be relegated to her duties. She must be able to communicate with her family and friends”. Le Corbusier: “a well-made kitchen is worth peace in the home”.

With his desire to offer comfort on a daily basis to everyone, Le Corbusier also relies on the talents of Jean Prouvé. He also took part in the development of the Unité d’Habitation’s flats. A pioneering spirit associated with humanitarian issues, Jean Prouvé revealed his skills as an engineer and designed the extraordinary staircases of the apartment flats in the Cité Radieuse. The floating staircases he designed had folded sheet-metal sides join by oak boards. He also created door handle of the sliding door and the wrought ironwork handles on the patio doors.

Thus, these creative minds all contributed, through their innovative ideas, to the construction of this pivotal architectural work of the 20th century. Today, we still marvel at how modern these everyday elements found in the flats of the Unité d’Habitation are and how they are all part of the “Machine to live in”.

Flash back to Modulor

The name is a combination of the French word “module” and “or”. The golden ratio (1.618) is used in art and architecture. It is also called the divine ratio. The Modulor symbolizes the space occupied by the human body. The first Unité d’Habitation was created in Marseille by Le Corbusier to house citizens displaced by the second world war. One of the objectives of the architect was to allow families to arrive without a furniture, which is why the flats contain a lot of built elements that are ergonomically very specific.

The need to quickly build many homes led Le Corbusier to think of a new architectural model that minimizes the impact to the natural space. This is why the building was designed as an ocean liner that would allow a very self-sufficient life because of the establishment of shops in the heart of the building. 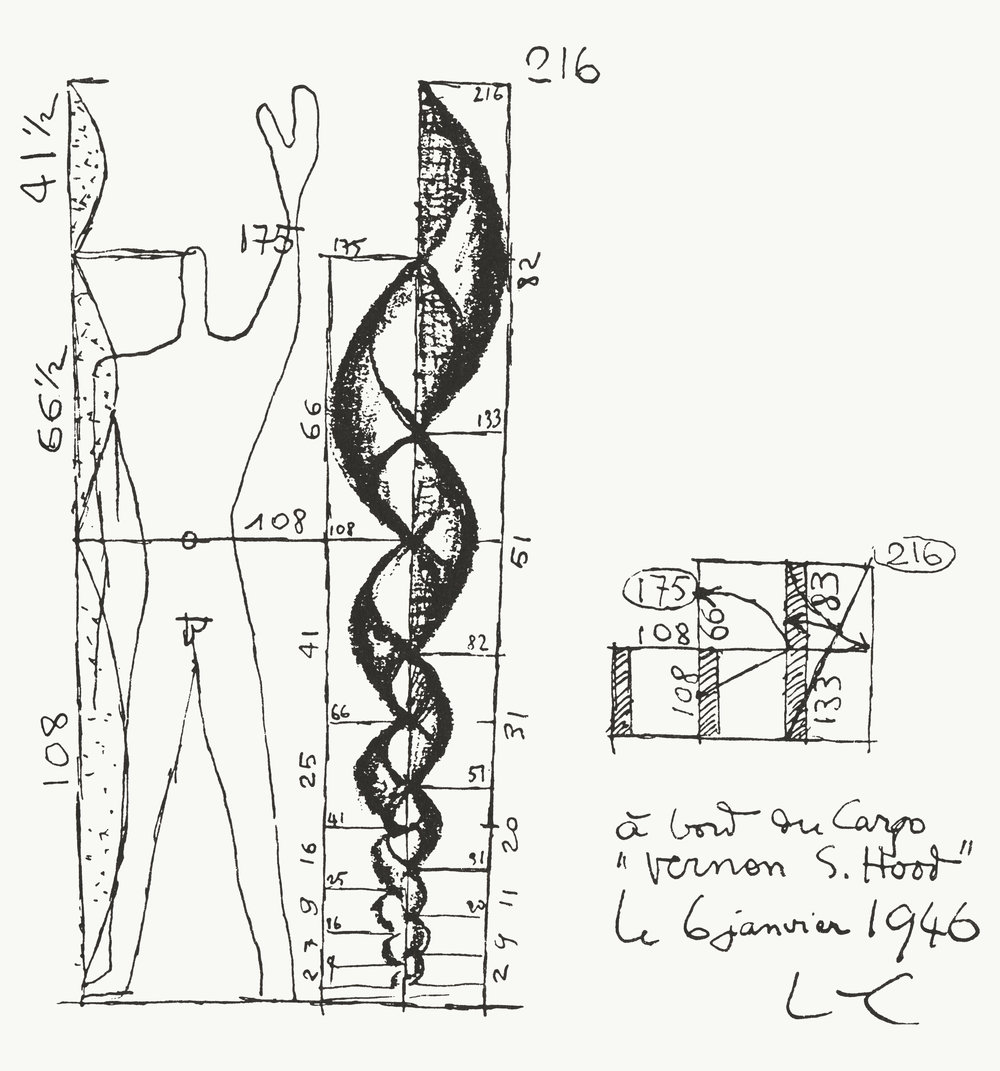