Your attention please: You are entering a residential building! Only the 3rd, 4th floors and part of the rooftop terrace are accessible for visits.

The residents wish to preserve their privacy and identity. Please, request permission before taking pictures. No photos of children.

The ropes placed on the south side of the rooftop terrace restrict access to visitors. The south side is the residents private garden and the primary school playground.
Very good pictures of the workshop and the wading pool are available in the shops on the 3rd street and in the Art Center.

Come and visit the Cité Radieuse for two hours !

The Marseille Office of Tourism offers guided visits of the Unité d’Habitation of Le Corbusier. This work of architecture has been classified as an UNESCO World heritage Site.
The tourism office guides have exclusive access to a flat which is classified as an Historical Monument.

As this building is inhabited, in order to manage the influx of people, a reservation is required from groupes@marseille-tourisme.com or from the tourism office website.

Are you a school group? please direct your questions to ……..   LINK 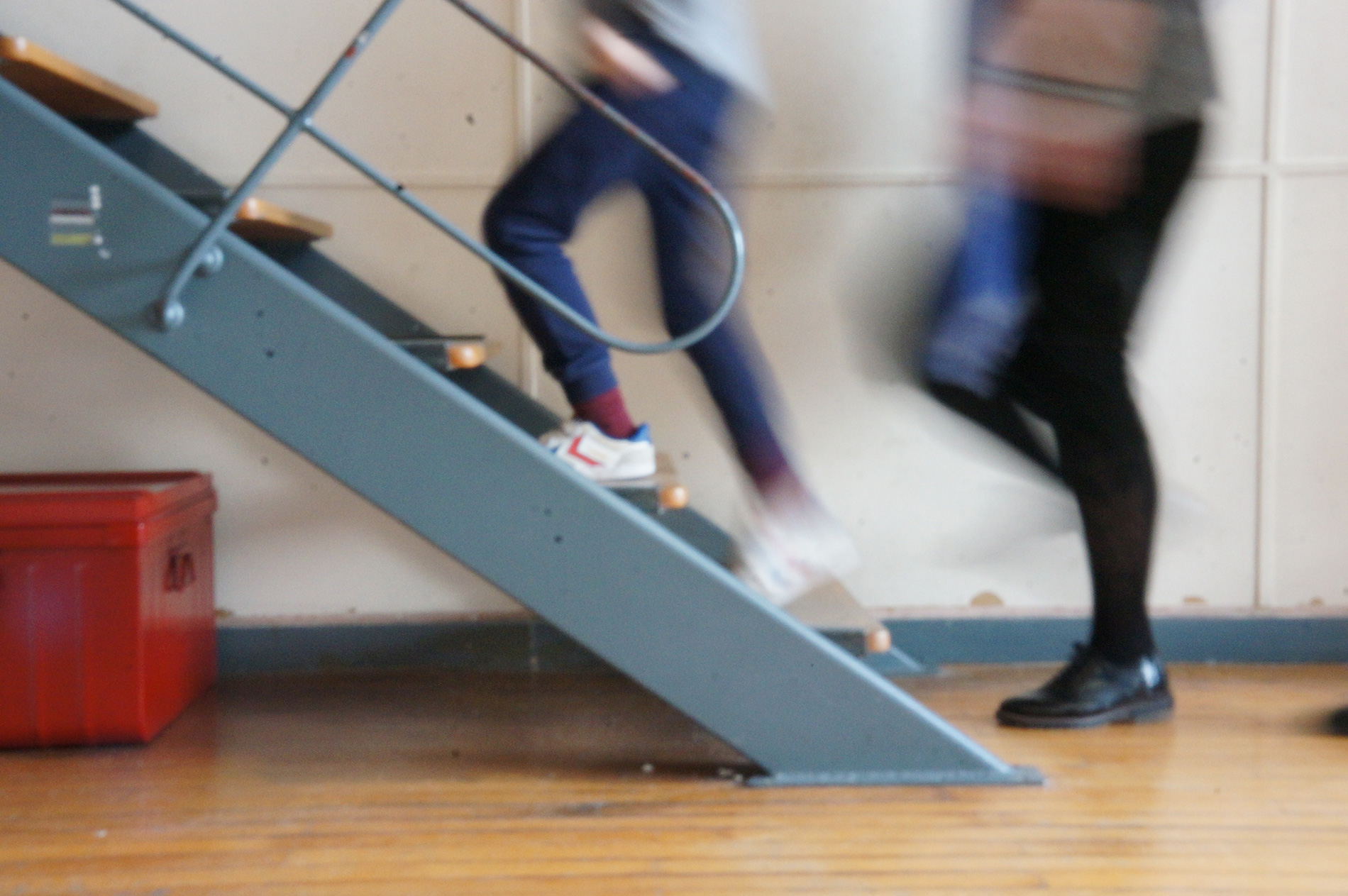 In the Cité Radieuse, the floors are called “streets”. The locker beside the door of each unit was used for food deliveries. The hatch located below was used for daily deliveries of ice that cooled the integrated icebox in the kitchen because refrigerators were uncommon in the 1950’s.

The streets are deliberately dark to inspire tranquility and to contrast with the bright interior of the flats. Each door is illuminated and identified by a range of colors in order to help identify each individual unit.

Seven of the streets of the Cité Radieuse are main hallway on which the flats fit together.

A slice of life in one of Le Corbusier’s flats in Marseille.

Let’s take a family living in a flat in the Cité Radieuse and check if the concept of ergonomics (the Modulor) invented by Le Corbusier more than sixty years ago, remains innovative today.

Modula has just picked up her daughters at the primary school found on the 8th floor of the building and goes down the lift (elevator) to the 6th Street to get to their flat.

Modulorette loves being the first to open the door. The contrast between the deliberately dark hallway and the brightness of the flat is striking. The door of the entrance hall has already been opened by Modulora who runs to the windows of the living room. She opens them entirely to allow to extend the space to the balcony and plays with sticks she collected during the walk with her parents. Spring time has arrived.

Modula had bought some bread at the bakery on the 3rd Street and she leaves it in the kitchen designed by Charlotte Perriand. The kitchen bar, designed to open the space between the kitchen and the dining area, often serves as a place for the girls to play a merchant game. Like in a boat, the kitchen cupboards use sliding doors in order to save place.

Modulorette climbs the stairs designed by Jean Prouvé, using lowered handrail for child safety. There is also another higher handrail for adults. Through a skylight from the mezzanine, she invites her sister to join her to play school teacher in their rooms. Modulora runs to play. She loves writing addition problems on the blackboard that is a slidingdoor between their rooms.  PHOTO

Modulo returns home from work and suggests that the girls build a Lego tower. He slides the door open between the two rooms to give the girls more space to play.